Double sinks in a bathroom became a huge help to people who share a bathroom. They make it easy for two people to get ready on time, without having to worry about each other.

To fully appreciate all of the benefits they provide, we may need to address certain issues about their vents and drain.

Two sinks can share a drain. However, it is not encouraged. It might lead to a clog and a malfunctioning drainage system. Experts recommend building separate drains and linking them via the same p-trap to prevent such problems. Following the local plumber’s code, they may also share the same vent. 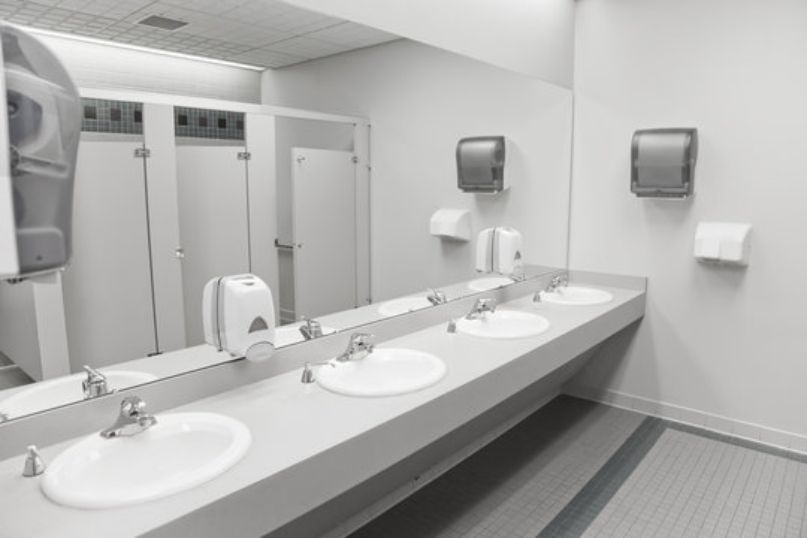 It is not recommended to connect two sinks via the same drain. Shared drains could be one of the reasons you’ll need to contact a plumber later if things don’t drain properly.

If 2 sinks share a drain, it can lead to clogs and drainage problems. And if the same issue occurs in any of the sinks that share only one drain, you’ll have two malfunctioning sinks instead of one.

Two sinks, on the other hand, may share the p-trap without any issues. In reality, when two drains connect at a common p-trap, it works best.

With two distinct p-traps, one of the air pockets may block the drain of the other. In this model, airflow becomes a serious concern. Furthermore, between the two traps within the pipe, slimy bacteria will have the opportunity to proliferate.

When is it necessary to have two drains in a double sink?

First, we need to understand how sinks work. This will help us understand why and when a double sink might need two drains. The top of a double sink or vanity is a countertop that supports the whole construction. It’s usually composed of tough materials like granite.

Following that, you’ll discover one or two sinks, that are largely used for water supply. The top, base, and sinks are all pre-installed on ready vanities.

When you’re constructing the unit or plumbing the sink, though, this isn’t the case. This method gives you a lot more versatility since you can adjust the size, select whether to combine the drains or split them up, determine the condition of the p-trap, and everything else.

A drain and basin are included with the sink. The tailpipe and drain will be connected via a hole beneath the sink. It will proceed to the p-trap as a result.

The P-trap is a tube that joins two 90-degree drains with a horizontal pipe, giving the whole construction the form of the letter P.

If you want to place a unit featuring two sinks, you’ll need at least five feet of space between them. This enables a painless installation and plumbing process.

Once the drains are divided, either in the same or different units, a double sink requires two drains. If both sinks are in the same room, they may share the same p-trap.

Is it possible to connect two sinks to one drain, and if so, how?

You may modify a single to double vanity by connecting two sinks into a single drain. There are some things to think about before you get started.

You’ll use a double vanity that’s at least six feet long to accommodate two sinks comfortably. Only go on with the next steps if you have that much free space.

Putting a Stop to the Water Pipes:

The first step in connecting two sinks to one drain is to plug the water pipes and start the plumbing procedure.

Remove the countertop as well as the single sink that is linked to the sink. Prepare the area where the new sink will be installed.

Begin the installation procedure after you have a clear place. Set up the new cabinet according to your requirements. Also, it is advisable to replace the drywall underneath the cabinet to guarantee its long-term stability.

Set up Drain Pipes and Traps:

The next stage mostly involves plumbing. From under the countertop, two sinks create two drains. Drill holes in the cabinet to accommodate the drain lines as well as the cold and hot water supply lines.

When all of the pipes come together at the same place, make a y-branch connection for the new sink. In this situation, you may connect two drains with the same p-trap.

Is it possible for a tub and a sink to have the same drain?

Inside or outside the home, a tub and a sink may share the same drainpipe up to a point. When the two units are positioned in the same room, the sharing procedure is extremely useful. They must, however, be linked by robust pipes that are well-joined.

To guarantee seamless functioning, the pipes must be put under the level of the tub and sink. The pipes must also be big enough to handle the combined water and drainage flow from the two units. Otherwise, the configuration might produce drainage problems.

Is it possible for two sinks to share the same P trap?

The P-trap is a pipe that runs under the counter and links two or more drain lines. Two sinks may join the same p-trap with ease. A bathtub and a sink may both share a p-trap.

However, to guarantee smooth functioning, you must follow the plumber’s code. Connecting the two sinks to a tee and then bringing it to a one p-trap, which joins the drains, is the most usual method.

People who live in homes must keep their sink drain and p-trap not more than 24 inches away from each other.

When is it necessary to have two traps in a double sink?

For the convenience of installation and piping, sinks often use the same traps. However, two traps have been implemented to solve certain specific issues. When the pipes coming from the wall are so high to be covered in a single installation, separate traps are utilized for sinks to prevent flooding.

Whenever the vertical distance between a drain and a p-trap is more than 24 inches, additional traps should be installed. Installing a single trap in such a situation is against the plumber’s code, and specialists advise against it.

Is it possible to share a vent between two sinks?

If the water becomes caught and backs up in the drain, vents are built to avoid airlocks. It protects your sink from re-filling with the filthy water you just emptied.

Two sinks may share a vent if the floor level rims are the same for both sinks. That means both sinks must be at the same level off the ground.

The majority of the sinks inside a room should connect to a master vent. It usually passes through the walls before exiting via the roof.

Is there any specific plumbing required for a double sink?

Because the installation and maintenance of a double sink vary from that of a conventional sink, it requires different plumbing procedures.

To install a double sink, you may simply adjust the water flow and drains from a single sink. Simply include p-traps, tee fittings, extension pipes, hoses, and special valves in your design.

Additionally, depending on your local plumbing regulations, you may need to build individual vents for every sink. They may also need two separate drain pipes. To connect both drain lines of your double sink, use the same p-trap.

Is it possible to replace a single sink with a double sink?

A single sink may be replaced with a double sink. If you have the time and budget to spend, as well as some plumbing knowledge, the full procedure may be completed. When you share a bathroom with someone, a double sink is more convenient.

Adding a second sink to an already-existing bathroom is possible if there is adequate room. A six-foot double vanity is a right size. Use p-traps, fittings, valves, and pipes to make the change. You don’t have to be an expert to do it this way!

What is the cost of converting a single sink to a double sink?

The cost of converting a single sink to a double sink is mostly determined by where you live and whether you choose a prefabricated or bespoke configuration. A double sink installation costs about USD 1,500 on average.

However, the cost will vary greatly based on the details you want to add. A double sink might cost anything from $500 to 4,000 dollars.

Additional costs may be incurred if a wall must be removed, a backsplash changed, or new plumbing is introduced to fit in the sink.

The same drain may be used by two sinks. Experts advise against it since it may create drainage problems and pipe blockage. Instead, a single p-trap may be used to link the drain pipes. Local and international plumbing codes allow for the use of a single vent for both sinks.